A technology’s heart and soul is its roadmap

When a roadmap is consistent, it provides a reliable guide for suppliers, manufacturers and distributors of products to plan their product development and release cycles based upon the features and timing of the technology migration. Some technology developments outlined in reliable roadmaps are required building blocks for product development. For example, lasers in optical modules need to be developed before the transceiver modules can be developed, eventually used in switches or host bus adapters. With a solid roadmap and standards, multiple companies can develop products in parallel that will eventually interoperate when they reach the market.

FCIA’s Roadmap Committee is the committee that produces the FCIA Speedmap in concert with the ANSI INCITS T11.2 Task Group, the standards body that defines Fibre Channel speeds. Since the FCIA collocates with T11 meetings, and its roadmap committee includes many of the key T11.2 standards engineers as well as key Fibre Channel supplier technical engineering and marketing experts, the resulting roadmap is the refined product of an intense iterative process that pinpoints highly attractive market propositions balanced with sound engineering feasibility.
The end results are an official FCIA Speedmap and Marketing Requirement Documents (MRDs )that become T11.2’s map of speeds and timelines. The MRDs define sets of features and benefits that are not only feasibly doable within the Speedmap timelines, but also results in actual products delivered in the prescribed timeframe that realize massive market success. 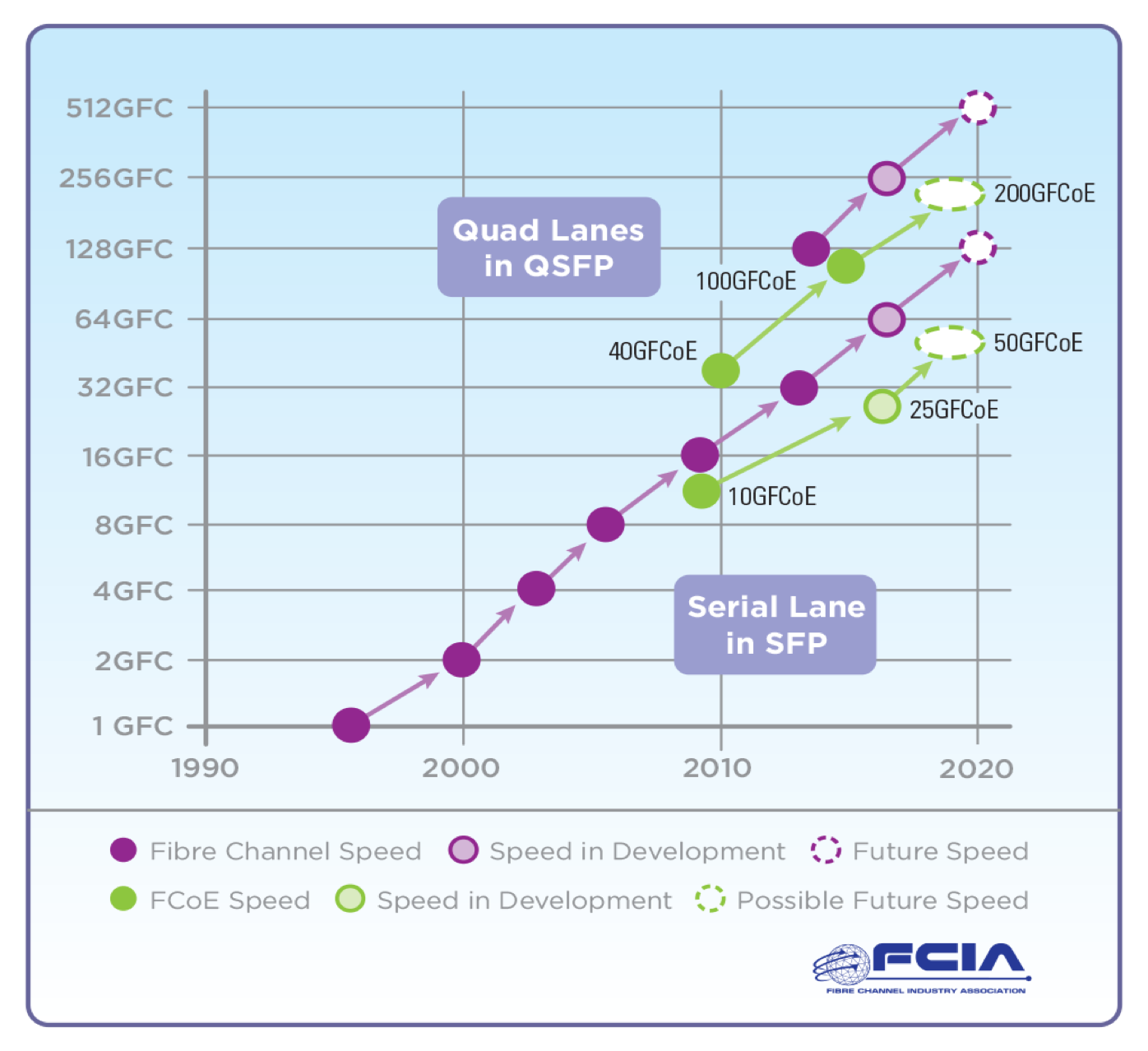 The Fibre Channel roadmap doesn’t stop there. In Figure 2, the roadmap extends to Terabit Fibre Channel – that’s almost 1,000 Gigabits of data per second. Following the 1X/4X paradigm, Fibre Channel and Ethernet plan to double individual lane speeds repeatedly over the next decade. With Fibre Channel’s focus on storage in the data center, Fibre Channel will continue to standardize speeds before Ethernet. While Fibre Channel will double speeds from 28Gb/s to 56Gb/s in 2017, Ethernet plans to double 25Gb/s to 50Gb/s between 2018 and 2020.
The trend will continue with Fibre Channel lanes doubling to 112Gb/s and then 224Gb/s. When 4 lanes of these speeds are aggregated, the combined speeds will deliver almost a terabit/second of data for what will be known as Terabit Fibre Channel (1TFC).
While Fibre Channel standards are completed in advance of products being released by at least a year, some Ethernet products are released before the Ethernet standard is ratified. This odd comparison of standards and products means that Ethernet products of similar speeds are released at about the same time as similar Fibre Channel products. For example, 25GbE/100GbE products running at 25.78125 Gb/s and 32GFC/128GFC products running at 28.1Gb/s are both expected to be widely available in 2016 for the first time. High speed Ethernet and Fibre Channel products are basically running on similar physical layers. 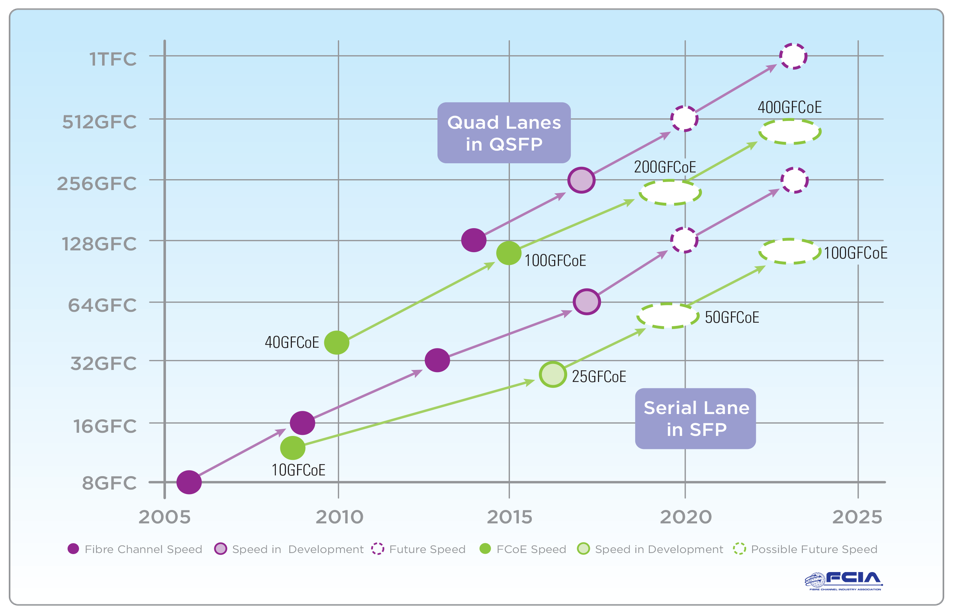 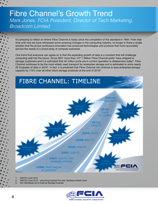 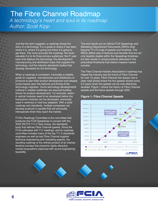 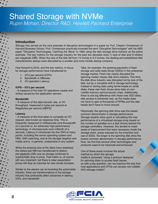 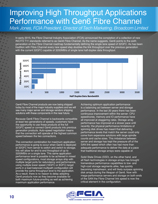 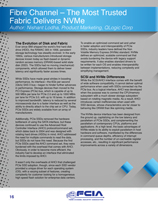 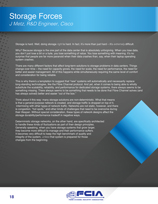