The Fibre Channel Roadmap consists of:

The original tabular form of the roadmap can still be found at: https://fibrechannel.org/fc-roadmaps/.

Fibre Channel over Ethernet tunnels FC through Ethernet. 10GFCoE was not available until after FC-BB-5, the FCoE protocol standard, was completed in 2007.   For compatibility, all 10GFCoE FCFs and CNAs are expected to use SFP+ devices, allowing the use of all standard and non-standard optical technologies and additionally allowing the use of direct connect cables using the SFP+ electrical interface.  FCoE ports otherwise follow Ethernet standards and compatibility guidelines. 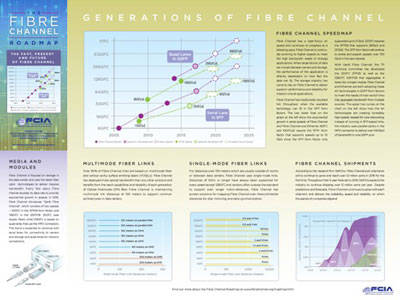 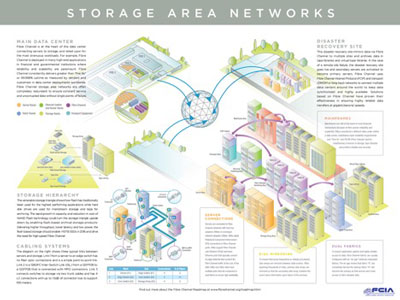